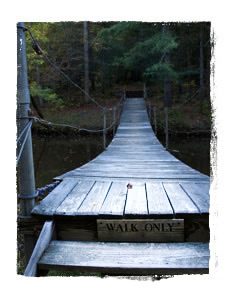 Join the Haiku Society of America. You’ll get a newsletter, an email bulletin, and one of the oldest literary journals for haiku in English: Frogpond.

Listen to the Haiku Chronicles, a series of podcasts by poets Alan Pizzarelli and Donna Beaver. The goal of this series is to “. . . provide a better understanding and appreciation of the art of Haiku and its related forms including senryu, renku, tanka, haibun and haiga.” The best of these podcasts sound like an informal conversation among good poets such as Alan, Donna, Cor van den Heuvel, Emiko Miyashita, Bruce Kennedy, and others.

Visit The Haiku Foundation web site. The site includes a blog with guest editors; haiku collections such as the Montage Archive; event calendars; the Haiku Registry (brief bios and poems for haiku poets writing in English); moderated discussion forums, and a video archive.

Wait . . . there’s a haiku scene in North America? For a brief history of that scene, see the essays by Charles Trumbull, “The American Haiku Movement,” Parts 1 and 2, in the featured essay section of the Modern Haiku web site.

Isn’t anyone trying to stay close to Japanese tradition when they write haiku in other languages? Why, yes.  See Kigo and Form on the Yuki Teieki Haiku Society web site.

What about African American haiku, like the haiku of Richard Wright, Sonia Sanchez, and Lenard D. Moore? See the essays by Charles Trumbull, “Black Haiku: The Uses of Haiku by African American Poets,” Parts 1 and 2,  in the featured essay section of the Modern Haiku web site.

Confused by conflicting advice about haiku? The submission guidelines for The Heron’s Nest and The World Haiku Review summarize some basics about haiku in English.

Exasperated because so many haiku sound the same? Interested in the avant garde? See footnote #5 in “What’s a Haiku?” on this site. See Scott Metz’s blog post about Gendai Haiku. See also roadrunner magazine. For a more conservative take on haiku, see Simply Haiku.

Tired of people who make haiku seem impossibly difficult?  See the  How to Haiku essays by Jane Reichhold.

The Education Resources section of The Haiku Foundation web site offers resources for teachers of all educational levels.

Haiku Theme Page is a list of haiku links prepared for K-12 teachers by the Community Learning Network in British Columbia, Canada.

In the moonlight a worm includes lesson plans for teaching primary and secondary students how to write haiku.