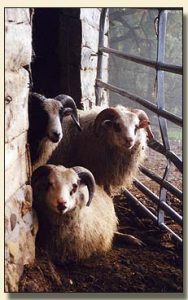 There are many definitions of haiku, such as this one provided by the Haiku Society of America:

“A haiku is a short poem that uses imagistic language to convey the essence of an experience of nature or the season intuitively linked to the human condition.”

What good are such definitions?

Definitions are a good place to start, and they can be used to strengthen or challenge our assumptions about haiku. Definitions are not good for settling arguments about what is truly a haiku. No single definition can do justice to the tides of tradition and innovation that have washed over haiku in the last 400 years.

The following remarks are from a lecture given by Richard Gilbert of Kumamoto University on March 21, 2007, in Greensboro, North Carolina.

“In 1999, Hiroaki Sato wrote: ‘Today it may be possible to describe haiku but not define it. This is indicated by the haiku dictionary Gendai Haiku Dai-jiten ([Encyclopedic Dictionary of Contemporary Haiku]), Meiji Shoi, 1980). Its entry on haiku describes the history of the term, but makes no attempt to say what a haiku is. Both in form and content, all you can say is that a haiku, be it composed in Japanese, English or any other language, is what the person who has written it presents as a haiku.'”

“One of the early pioneers of haiku in English, Harold Henderson (1958) has written, ‘A definitive definition of haiku is probably impossible [as haiku] must be what poets make them, not verses that follow ‘rules’ set down by some ‘authority’ . . . a strict definition is neither possible nor desirable” (46-47); later adding (correctly) that ‘the rigid 17-syllable [and 5-7-5 on] requirement does not exist in Japanese” (1971).”

One final view, from Haruo Shriane:

“In short, while haiku in English is inspired by Japanese haiku, it can not and should not try to duplicate the rules of Japanese haiku because of significant differences in language, culture and history. A definition of Engish-language haiku will thus, by nature, differ from that of Japanese haiku. If pressed to give a definition of English-language haiku that would encompass the points that I have made here, I would say, echoing the spirit of Basho’s own poetry, that haiku in English is a short poem, usually written in one to three lines, that seeks out new and revealing perspectives on the human and physical condition, focusing on the immediate physical world around us, particularly that of nature, and on the workings of the human imagination, memory, literature and history.”

Definition of haiku from the Haiku Society of America Official Definitions of Haiku and Related Terms (2004).