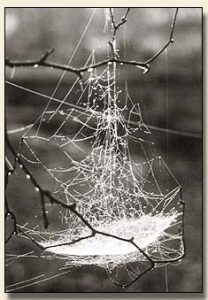 For many in the West, Eastern spiritual traditions—especially Zen—are the heart of haiku. Bruce Ross makes this case in the introduction to his 1993 haiku anthology, Haiku Moment:

“The movement from a special attention toward non-human nature to some kind of union with that nature is a central facet of Japanese culture and is derived from Taoism, Buddhism, and Shintoism. This movement from attention to union at the heart of the haiku tradition is for the most part alien to Western culture”(1).

On the other hand, Haruo Shirane and other scholars have argued that the role of Zen in traditional Japanese haiku has been overemphasized in the West (2).

To be unaware of the spiritual tradition in haiku, or to discount it, is to ignore what makes some of the best haiku different than most Western poetry. For an ardent point of view on this topic, see the essays of J.W. Hackett, one of the founders of the haiku tradition in English. Search for the phrase “J.W. Hackett haiku.” See also his web site: www.hacketthaiku.com.

But to seek enlightenment in every poem, or to advise poets as if they were Zen acolytes, is not helpful. Robert Hass had this to say about haiku and Zen:

“So much has been written by western commentators about the connection between haiku and Zen that I’m not inclined to say much about it here. A shorter version would be to say that Zen provided people training in how to stand aside and leave the meaning-making activity of the ego to its own devices. Not resisting it, but seeing it as another phenomenal thing, like bush warblers and snow fall, though more intimate to us. Trying to find this quality in every haiku, however, romanticizes them and the culture they came from. It tends to make one rush to their final mysteriousness and silence.”(3).

See also this section on our Web site: Zen and the “haiku moment“.