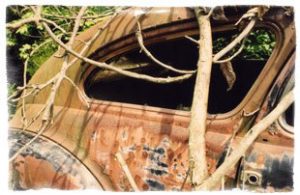 You can think of a haiku as a short poem of 17 syllables, written in three lines of 5, 7, and 5 syllables. You can focus on interesting ways to use that pattern.

Or you can look deeper and find that there is more to haiku than the 5-7-5 syllable pattern, that they are poems with conventions of form and content that have endured and evolved since they originated in Japan over 400 years ago.

Traditional Japanese haiku include a kigo (“season word”), and they often try to convey a connection between Nature and human nature. They are often divided into two asymmetrical parts that do not make a complete sentence. They typically use simple language and present images with little or no commentary.

Like other art forms,  haiku poetry continues to change—especially since the early years of the 20th century, when many poets in Japan and elsewhere challenged haiku conventions in order to modernize these poems. Other poets are not impressed by these innovations and are determined to demonstrate the usefulness and joy of 5-7-5, in addition to the other haiku conventions that come to us from Japan.

Matsuo Basho, the great 17th century Japanese poet, did not invent the poems that eventually became known as haiku, but his body of work and the work of his followers have been uniquely influential on haiku and related forms. In Basho’s time, hokku was the name of the first stanza in a linked verse form called hakai no renga. Basho infused his hokku with a depth and clarity that was not typical of the form up to that time. Some of his hokku capture a moment of heightened awareness in which the boundary between subject and object seems to disappear. This heightened awareness—and the role of Nature in inspiring it—are two of the most discussed and elusive characteristics of haiku.

William J. Higginson observed that as the first verse in a renga, the hokku had three characteristics that are typical of many haiku being written today (1):

A traditional Japanese haiku includes a seasonal reference and has a total of 17 sound-symbols arranged in units of 5 sounds, 7 sounds, and 5 sounds. Hiroaki Sato and others have noted that while most Japanese poets write their haiku in a single line, the single line is often broken into three lines when the poems are translated (2). Perhaps as a result, the three-line haiku might be the most popular form for haiku written in languages other than Japanese.

Many haiku poets writing in English use a form that was inspired by the traditional Japanese haiku: three lines of 5, 7, and 5 syllables. Here are two 5-7-5 haiku by Lenard D. Moore (back when Lenard still wrote 5-7-5 haiku!):

If you look carefully at the poems above, you may notice another feature of haiku: they are often divided into two asymmetrical parts, such as “Moonless winter night” and “a billow of rising fog / hides the distant pines.” Jane Reichhold called the short part “the fragment” and the longer part “the phrase” (3). The fragment and phrase structure can sharpen a contrast, make a comparison more striking, or otherwise heighten the poetic tension in these little poems.

Higginson and others have noted that since the early twentieth century, some Japanese poets have championed haiku which break with the 5-7-5 pattern and which take on a broader range of subjects than a conservative interpretation of haiku tradition would allow. Likewise, in the 1960’s and 1970’s, many haiku poets in the United States and Canada began to urge similar approach to haiku in English (4).

Today, the majority of poems that are published in haiku journals such as Frogpond and Modern Haiku do not follow the 5-7-5 pattern. Among poets who regularly publish in such journals, many would say that the familiar definition of haiku—”a short poem of 17 syllables, written in three lines of 5, 7, and 5 syllables”—describes only a part of the tradition, and it ignores the innovations that have developed in Japan and in other countries since the early years of the 20th century (5). These poets believe that traditional haiku conventions have produced oceans of predictable verse and that new strategies must be tried.

Other poets think that the 5-7-5 pattern is an essential part of the tradition—even in English, and that failure to follow this convention leads to inferior haiku and perhaps to the decline of haiku in English. They praise the unique experience of writing 5-7-5 haiku, such as the pleasure of working with a strict form, of being liberated by form rather than confined by it.

As a reader and writer, you might want to seek out many approaches to haiku see which poems stick with you.

See also About Haiku and Links  on this site, as well as Kigo and Form on the  Yuki Teikei Haiku Society site.

(1) William J. Higginson, with Penny Harter, The Haiku Handbook (Tokyo: Kodansha International Ltd., 1985), 90; 97-102. Update September 2, 2008: The idea that the hokku is grammatically incomplete might be controversial. Barnhill writes: “A hokku must be a complete statement, not dependent on the succeeding stanza.” (Basho’s Haiku, translated by David Landis Barnhill, State University of New York Press: 2004, page 4.)

“Fragment and phrase” is one way to describe “cutting” in haiku. See also Robert Spiess’s article, “A Certain Open Secret About Haiku,” (Modern Haiku, XXXII. No. 1, 2001, Winter Spring, p57). In his article, Spiess quoted a passage about “cutting” from the Kodansha Encyclopedia of Japan (Kodansha. Ltd. Tokyo, Japan, 1983, Volume 3, page 81.)

(5) For a brief history of haiku in North America, see the essays by Charles Trumbull, “The American Haiku Movement,” Parts 1 and 2, in the featured essay section of the Modern Haiku web site.  For a concise description of the tides of tradition and innovation in Japanese haiku from the turn of the 20th century, see the Introduction to Modern Japanese Haiku, edited by Makoto Ueda (Toronto and Buffalo: University of Toronto Press, 1976). For a description of recent trends in haiku in English, see the Introduction to Haiku 21, edited by Lee Gurga and Scott Metz (Lincoln: Modern Haiku Press, 2011).