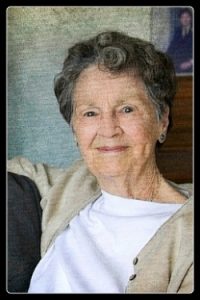 Rebecca founded the North Carolina Haiku Society in 1979 to promote the writing and appreciation of haiku in English. In 1991, Rebecca and Sono Uchida, then-president of the Haiku International Association, established a sister haiku association relationship between our two organizations.

“I first met Rebecca Rust in the summer of 1986 by reading her book, The Outside of a Haiku (North Carolina Haiku Society Press, 1984), which stimulated me to attempt writing haiku again after a hiatus of several years. Reading Rebecca’s book also led me to brashly write a letter to her asking for information about the NCHS and its annual Haiku Holiday and for advice on my own haiku drafts. As was always the case with Rebecca, she quickly and kindly replied to my unsolicited letter, offered helpful suggestions, and invited me to attend the next Haiku Holiday. Within a couple of years, she was also wisely advising and guiding me as I attempted to produce, design, and edit Pine Needles, a short-lived newsletter for the NCHS. Every time we met in person, I was struck by her quiet and graceful movements and gestures and the secret happiness in her face. She possessed the grace of a dancer, which indeed she was. She also was a grounded and uplifting poet, which can be seen in her haiku that are inspirited by a beauty that is imperfect, impermanent, and incomplete and by feelings for nature and people almost too mysterious for words. Rebecca is and will be sorely missed by all who knew her and by those who read and are inspired by her work.” 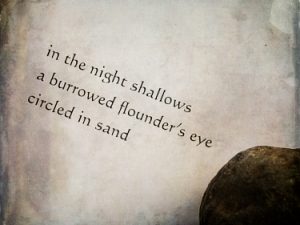 “Becky and I were phone friends, always chatting for a while when something about her book, In the Night Shallows, brought us together again. Becky and I, along with NC haiku poet & Jungian astrologer Caroline Rupert, had birthdays within a day of each other (a small-world coincidence for the NC Haiku Society?). Being similar in so many ways in our creative lives, we found this interesting.

Where I began in theater, Becky began in ballet. Now she was practicing yoga and I tai chi. Becky also told me shy and amusing stories about being a youthful curator in a similarly youthful North Carolina Museum of History. Free spirits of the same generation, Caroline and Becky died 5 months apart. I’m still here to remember my friends who blazed a creative trail the generation before.” 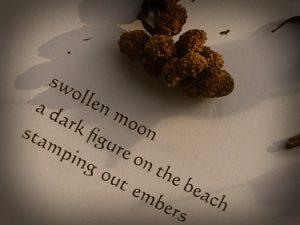 “I am very sorry to hear that our haiku friend Rebecca Rust has passed away. In 1992, when I founded the Constanţa Haiku Society-Romania, Rebecca Rust, with her friendly and open spirit, encouraged and sent us her advice for our work to establish our way in the haiku community. For a while we exchanged some letters and some haiku. We pray for her spirit to be in peace.

I composed this haiku which I dedicate to Rebecca Rust: 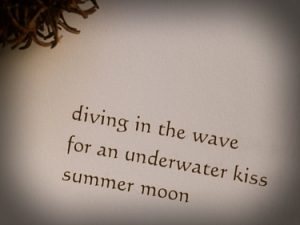 Her entry in The Haiku Foundation’s Haiku Registry includes some biographical notes and more poems.

Her most recent collection of haiku, In the Night Shallows (2009), selected and edited by Lenard D. Moore and Dave Russo, is available from Rosenberry Books. The pictures of poems on this page are from this collection.

Diane Katz, the book designer for In the Night Shallows, used traditional quilt blocks and authentic vintage fabric designs to connect with the poems. We asked Holly Sweet, a local quilter, to create quilts based on Diane’s designs. We launched Rebecca’s book at Haiku Holiday 2009, and Holly presented her work in progress. Here are the finished quits. Here are some pictures of Dave & Lenard’s trip to Aiken when we presented the quilts to Rebecca at her home.

Here is a weathergram of a haiku by Becky that was part of the Haiku In the Breeze installation at the North Carolina Botanical Garden in Chapel Hill.

Thank you, Rebecca, for promoting haiku in the Old North State. Many of us would not be writing these little poems if it were not for you. 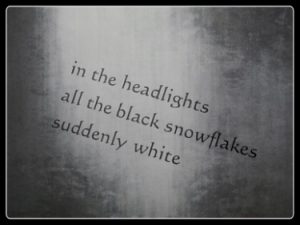